I got notice from God TV that they are not broadcasting the revival from Lakeland. I knew that. I had checked. I also was told of family issues the Bentley's are working thru. And then, from other ports of call people have been asking me if I saw this coming, this problem, this hiatus.

Back on June 17th I prophesied what I believed God was doing and about to do.

Todd Bentley and the Lakeland revival is a precursor to what God wants to do. It is a breaker. It is breaking off, breaking in and breaking thru the religious infrastructure of the land. God never modifies he always recreates.

Todd Bentley isn't Jesus. In fact, I'll go out on a limb here. This is going to die out. There's something more coming. Something bigger. Something even less palatable to religious folks. God is breaking out again.

This is the beginning of the Beginning.
I know where I want to be when it all comes down. This looks very much like a dream of revival God gave me 12 years ago.

Now, crane your neck, look up expectantly for what God is about to do next. It will be even more radical. I hope you are ready. The back of Religion is about to be broken.

Email ThisBlogThis!Share to TwitterShare to FacebookShare to Pinterest
Labels: e4

"The back of Religion is about to be broken."

Truth is Painful, but Better than Lies 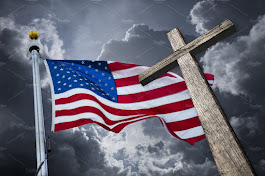 What I Stand For - Core Convictions

1. The sanctity of Life before birth and after birth. Equality before the law, for all people, born and unborn

2. The essential of strong families and traditional marriage

3. The need to do good in the world thru Non Governmental Efforts (NGOs). Charity and Relief is best done by individuals and Churches.

4. The essential human right of Freedom of Speech for everyone. Basic human rights not to be infringed by anyone-- (freedom of association, right to bear arms, right to privacy, etc)

5. The elimination of all forms of racism

6. Private liberty balanced with public decency and morality. Not imposed.

Prophet Gene's Gleanings - Prophetic things I am hearing by the Spirit

Gene
I have been married for a long time and with two wonderful Sons have enjoyed life here and overseas. I look forward to a full productive life of making things better and better for more and more people. I have been given much and for that reason much is required. I'm ready.

Other Things I Write

Blogs I Watch and Commend to You